Starting today I’ll be having my posts that I’ve been making on my blog also go to Facebook so that it’s easier to keep up with.

With that in mind, we’ve been working on a bunch of projects since Women’s weekend. Our friends up at Grace Bible Church in Virginia came down with a bunch of hands to help out with some work projects for a few days, and we got a lot done. We recently switched over our water for our main buildings over to city water, instead of our wells. We’ve recently just been having lots of problems with them, and with the upcoming addition to our dining hall, we’d need to switch over anyway. This left a huge trench through our property, so the first thing we did was fill that in. We also used added some more gravel to where the trench crossed our driveway and made a speed bump.

We also took our bushes around the trading post and put in flowers instead. 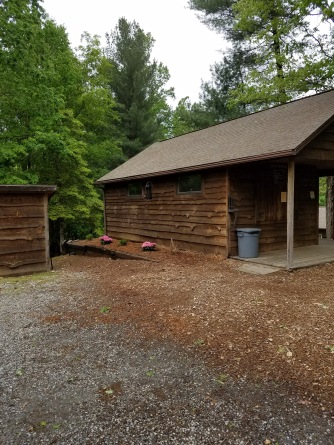 We had enough people to split into about 3 projects at a time, so while those were going on, we also had people cleaning our docks and staining them. The stain we used is also textured, so that it’ll be harder to slip on when wet. 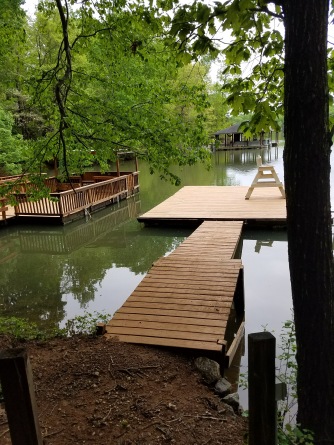 We also put a border on our nine-square and filled it in with gravel so that we won’t have people stepping in mud anymore.

We’re also planning on putting a border on our swing set later and tether ball. On top of all of this, we also had some time to build some planters for our fire pit area up at the gym and string lights around it. 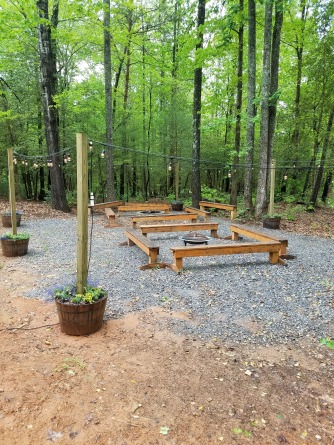 Very little of this would have happened without the funds that Grace Bible Church brought for our work projects, so we’re very grateful to them. Not to mention all of the time they dedicated to the projects. It would have easily taken us a full week or more to get all of this done with just the few of us here at camp.

One thought on “Better Posting and Work Projects around Camp”